Popular Places to See in Sumatra

Sumatra is the largest island in Indonesia and has a number of interesting places which can make your tour a lasting memory. Some most popular attractions in Sumatra are described below. During your visit to Sumatra, you must visit these places.

This lake is the largest volcanic lake in world and at the same time the best attraction to see in Sumatra. This lake is located at an altitude of 900 meters and is surrounded by some of the best natural marvels. The beautiful mountains and landscape offers beautiful views. Being a facilitator of eco-tourism in Indonesia, Lake Toba is situated near fault line. The houses of Bataks near lake are traditional and featured with roofs which curve at each end. This roofs look like boat’s hull. 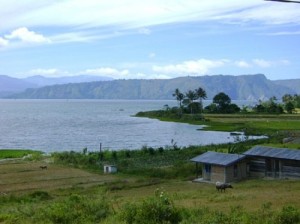 Raya Mosque is also known as Grand Mosque. Built in 1906, this mosque was constructed under patronage of Sultan Makmun Al-Rasyid. Having a global structure, this mosque is designed in rococo style. Marbles and stained glass used in its décor were imported from Italy and China respectively. The most important feature of this mosque that will impress you the most are its minarets which have been made beautifully.

This palace is the best place to visit for those who want to explore history of this region. This palace was built in 1976. This building also contains a museum which displays items from household of royal family. This building has a unique architectural deign. Its roof is in the shape of horns of water buffalo. These horns are actually signs of prosperity. 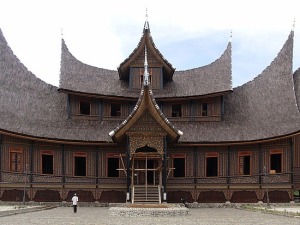 Medan is the capital of North Sumatra which is not only an industrial hub but also a tourist attraction. Medan is a quite big city having architectural buildings, cascading waterfalls and beautiful valleys. One of the most impressive features of this city is Gunung Leuser National Park which is the largest in Asia. This park is home to many animals like elephants, tigers and rhinos.

Mentawai Islands are one of the premier tourist attractions in Sumatra offering a number of enjoyable activities to do. Here you can enjoy trekking and windsurfing. There is also a dense rainforest at the beach which houses a large variety of animals and birds. You can also explore amazing coral reefs by swimming in blue waters of Indian Ocean. 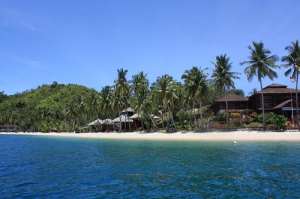 This entry was posted on August 15, 2011, 4:55 pm and is filed under General, Grammar, Indonesia, To Do, Top Tourists Destination, Tourism. You can follow any responses to this entry through RSS 2.0. You can leave a response, or trackback from your own site.