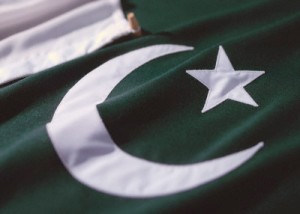 Pakistan is located in that part of sub-continent which has rich culture and traditions. Pakistan is such a country which is gifted with all blessings of God Almighty like high mountains, lakes, rivers, ocean, forests, ancient monuments, valleys and fertile plains. All these things make Pakistan the best place for tourists. But it tourism industry is not as flourished as it is expected. There are several reasons behind this. Some of these are given below.

Pakistan has been one of the favorite places for tourists but now the situation has been completely changed. The reason is its unfavorable political conditions. People think it an unsafe place after the assassination of popular political figures like Benazir Bhutto and Salman Taseer (governor of major province Punjab). Moreover the corrupt leaders don’t pay attention to this major industry which can take its economy to the highest peak.

Inability to Cope with Natural Disasters

Pakistan’s government lacks the ability to cope with the natural calamities. Northern areas of Pakistan have been the tourists’ favorite place but after earthquake of 2005, those areas suffered incomparable loss but nothing had been done for their re-construction and redevelopment. Poor disaster management caused a loss to the tourism industry.

Pakistan has become an unsafe place due to ever-increasing terrorist attacks. That is another major factor that is not only damaging the repute of Pakistan in the world but also causing its tourism industry to a decline.

Global warming and pollution has caused to change the climate and weather conditions of Pakistan. The northern areas and snowy mountains have started loosing their beauty. So tourists are now attracted towards places having good weather and proper tourism facilities.

Inflation is considered another major cause of the failure of tourism industry. The hotel owners have to increase the price of food because of ever increasing prices of goods. High priced food has made Pakistan a place that is beyond the reach and affordability of tourists.

Tourism industry in Pakistan needs special steps to be taken for its betterment because it can serve as a source of developed economy. In spite of the above mentioned problems and factors tourism industry is still surviving as Pakistan has been ranked at 39th place for ground transport infrastructure. It shows that a little bit of attention can make it one of the largest industries of Pakistan.

This entry was posted on October 7, 2011, 10:11 am and is filed under General, Pakistan, Pakistani Tourism, Tourism, Tourism Industry. You can follow any responses to this entry through RSS 2.0. You can leave a response, or trackback from your own site.