Things to See in Mexico City

Tourist’s attractions in Mexico City are worth-watching and are capable of making your tour a success. There are a lot of things in Mexico City which wait for you with all their magnificence, fascination and exquisiteness. Some of the major things which you must see in Mexico City include the following:

National Palace in Mexico City is actually the seat for federal executives in Mexico but you can easily visit this place. National Palace is a home to different departments and branches of government which include judiciary, legislative and executive. The attraction in this palace which appeals the most is its historical building and a great collection of paintings. Built of reddish tezontle stone, the palace looks beautiful and magnificent. There are a countless number of rooms in this palace, some of which are also open for tourists. This attraction of Mexico City is a true picture of rich culture and heritage of this city. 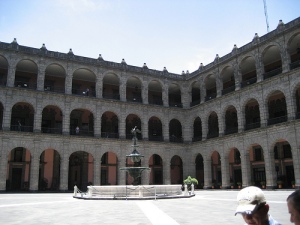 Don’t forget to visit this museum during your visit to Mexico City. Being one of the most prominent and renowned museums, this museum is located outside Chapultepec Park. A large number of tourists visit this matchless piece of architecture every year. Entrance of this museum contains statue of rain god Tlaloc. This huge figure weighs about 167 tons. Main courtyard of National Museum of Anthropology is covered by an umbrella which is further supported by seven columns. You will also find 12 spacious rooms on ground floor of this building which contain the archeological discoveries made by different archeologists. You will also be able to see various displays of art and treasure. This museum also houses a gift shop from where you can buy souvenirs. 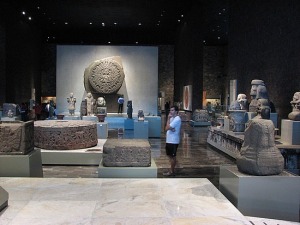 It is one of the most popular castles in Mexico which remains crowded with tourists. It is located in the center of Chapultepec Park and is set at the top of Chapultepec Hill. This castle has been used for various purposes in past but these days it houses Mexican National Museum of History. This castle has undergone many structural changes from 1882 and today some new rooms have been added to its building. 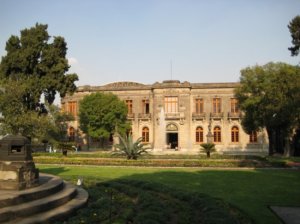 It is one of the oldest and largest cathedrals boasting of magnificence and grandeur. This cathedral consists of a pair of towers which have been built in neo classical style. These towers are capable of holding 18 bells. Interiors of the cathedral are worth-seeing.  You will find four identical domes, five naves and fourteen chapels in this cathedral. Walls of Metropolitan Cathedral are adorned with sparkling colors and paintings. Authority of this cathedral also arranges gleaming light and sound shows for the amusement and attraction of visitors. 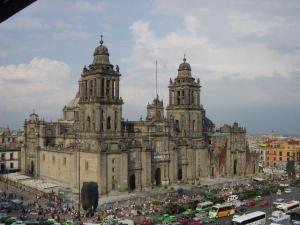 If you are a shopping buff, you will really like to visit The Saturday Bazaar in Mexico City which is held only on Saturdays. Here you will find a number of shops which sell Mexican handicrafts. National and traditional handicrafts are sold here at reasonable prices.  You can also locate flower markets near Saturday Bazaar. This bazaar especially remains crowded during festivals and special events and gives a feel of ancient Mexico. The things which you will find in Saturday Bazaar include rugs, jewelry, masks, carved furniture, pottery, textiles and embroidered clothes. 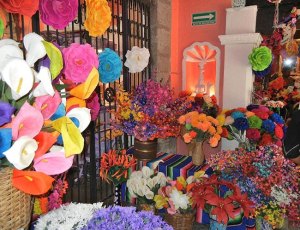 Other attractions in Mexico City are:

This entry was posted on May 18, 2012, 6:00 am and is filed under General, Grammar, Mexico, To Do, Top Tourists Destination, Tourism. You can follow any responses to this entry through RSS 2.0. You can leave a response, or trackback from your own site.