What to See in Luxor?

Tourist’s attractions in Luxor play an important role in increasing tourists inflow to Egypt. Most of the tourists are attracted to Luxor because of its historical attractions and traditional sumptuousness. This expansive city covers an area of 416 square kilometers and is blessed with a number of tourists’ attractions which add to its charisma and beauty. Some of the major tourist attractions in Luxor are: 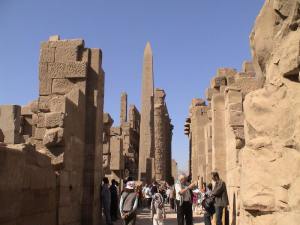 Temples of Karnak are famous tourist attraction in the whole city which is visited by thousands of tourists every year. The Temples of Karnak actually consist of three temples having smaller enclosed temples in their outer area. The names of three main temples are Mut, Amun and Monthu. These temples are enclosed by huge walls. A sacred lake is also located in this arena. It would be a wonderful experience to visit this complex of temples and shrines as there are some of the finest examples of ancient Egyptian architecture and designs. Among them, the most famous is Hypostyle Hall which is filled with 134 huge pillars. Modern facilities are also offered here for tourists. For example, near the Scared Lake, you will find a beautiful café. Moreover, there are toilets near grandstand and an open air museum is also located here. 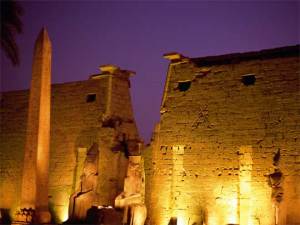 If you want to visit one of the cultural heritages of Luxor, you must visit Temple of Luxor. Located in the proximity of bank of River Nile, the Temple of Luxor was constructed by the great Pharaoh. This temple was devoted to Amon Re who was considered as King of Gods. The entrance of this temple is on the northern side which displays six statues of Ramases the Great. The entrance of this temple actually brings tourists to its great courtyard which has three baroque shrines situated in North Western direction. If you will go to back side of this temple, you will find a granite shrine which has been dedicated to Greek hero named Alexander the Great. On the western side of temple, you will also view a Coptic church. 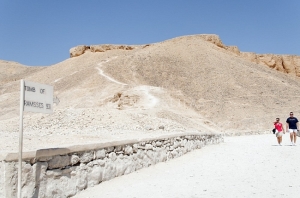 Valley of kings is also known as Wadi el-Muluk in Arabic and consists of tombs built for Pharaohs. Valley of Kings is located on west bank of River Nile and it is its beautiful location which makes it a popular attraction among tourists. Here the tourists can also enjoy the views of pyramid shaped mountain named Al-Qurn. The Valley of Kings actually illustrates some of the concepts of Egyptian about afterlife. Here only 30 or 40 tombs are open for tourists among of which most popular are those of Ramasses IV, Ramasses IX, Ramasses VI and Merneptah.

This mosque is one of the masterpieces of architecture in Luxor which attracts tourists from all over the world. This mosque is one of the oldest mosques in Luxor and is located at Sharia al-Karnak. Most of the tourists visit this mosque to view the remains of an Islamic saint from 10th century. Do you know that this mosque serves as pilgrimage center for tourists and they are recommended to follow a dress code while entering this mosque? This is because Mosque El Mekashkesh is considered as a sacred and pious place. 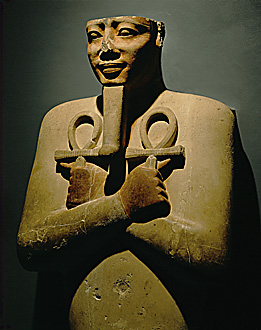 This museum dates back to 1975 and welcomes visitors with a wide collection of artworks and artifacts from modern as well as ancient Islamic era. The museum is very well-maintained and has spacious rooms so that it may become easy to move around.  Museum rooms are adorned with dull lights to give an effect that symbolizes ethnic feel. With the light and shade effect, authorities have tried to depict sensation of ancient Egyptian times. The most visited and famous attraction displayed in this museum is the head of cow Goddess which was discovered in period of great Pharaoh Tutankhamen.

This was a list of places to see in Luxor but this list is not limited to these attractions only as the list is quite long including: