Must Visit Places in Rome

If you are planning a trip to enjoy your holidays, this time choose Rome-the capital city of Italy. Rome is favorite city of tourists because of rich artistic treasure which it possesses.  It also mesmerizes tourists with its traditional values and elegance of its panoramic view so a visit to Rome would provide you an immense pleasure and happiness. For your guidance, I am mentioning here names of some of the most visited and must see places in Rome.

It is one of the most loved and visited place of Rome as it is visited by a thousands of people daily. It has been said that when a person throw a coin in its water, his wishes come true therefore many of the tourists throw coins in it due to which the fountain grosses a large amount of money which is then donated to some charity. Pulled by two sea-horses, marble centerpiece of the fountain is a shell that is driven by two tritons from which a statue emerges which represents ocean. Beauty of this fountain is surely worth-seeing and the best time to see this fountain is in the evening because its water is turned off early in the morning for cleaning purposes. 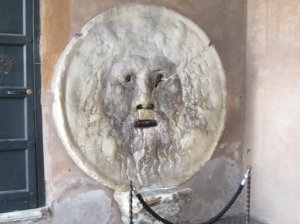 It is a bleak marble mask that is known as Mouth of Truth or Bocca della Verita’. It is situated in the entrance hall of St. Mary’s in Cosmedin church. It is actually an ancient drain cover that was found half-buried in middle ages. It has been said by a legend that if a person puts his hand in the mouth and does not speaks the truth after it, then the mouth is shut. It is the most popular attraction in Rome as admission charges in the church are free.

It is the most beautiful and striking masterpiece of baroque period. This splendid stair-case was built in 1723 and got its name from the Spanish embassy building that is located near to it. It was built by Francesco De Sanctis on the request of Pope Innocent XIII. If you ever make a plan to visit this place, try to visit it in spring season as these steps are decorated with beautiful flowers in this season.

Capitoline Hill’s main attraction is Piazza del Campidoglio. It was designed in 1538 by the legend artist Michelangelo. Initially it was featured with Marcus Aurelius’s bronze statue. Now this square have Palazzo dei Senatori along with the two museums named Palazzo dei Conservatori and Palazzo Nuovo. These two museums have a large collection of famous statues and tourists specially visit this place to see these statues. 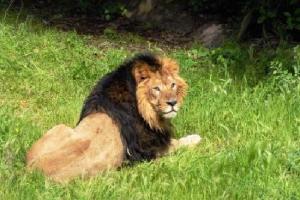 This is among one of the oldest zoos of Europe which came into existence in 1911. It is a must visit place as your tour to Rome remains incomplete without paying a visit to this fascinating zoo. The biggest attraction of this zoo is the large variety of different animals like camels, lions, bears, giraffes, tigers and zebras. The zoo boasts of having 198 species of different animals including birds, reptiles, mammals etc. In this zoo, different signs are displayed showing the names of creatures in both English and Italian. This zoo provides a complete dose of entertainment through chilled drinking water, shady spots to take some rest, fountains and picnic benches. If you want to enjoy some good food, you will find a café by the zoo entrance as well as a restaurant that remains open during day times and also in evening.

These were some of the most popular attractions of Rome. Plan a tour to this great city and have a wonderful time.