Posted by mehwish9 in General, Grammar, To Do, Top Tourists Destination, Tourism, United States of America on November 12, 2012

New York City is located on a harbor on Atlantic coast of northeastern USA. It is the most populous city of America as well as most populous metropolitan area in the world. It is such a wonderful city and visitors who have a chance to visit this city suggest that it should be seen once in lifetime. Major and most popular attractions in New York City include the following.

Wall Street area is the most beautiful and popular area of this city. What makes it different from other areas of New York City is its rich history and magnificent architecture. The most impressive buildings in this area include:

While visiting this area, you cannot afford to miss Trinity Church to visit as it is one of the oldest churches of this city. The most prominent feature of this area is the Charging Bull sculpture which you might have also seen in many movies as well.

This museum is known to be one of the finest and largest museums in world. This museum was founded in 1870 and is located in Central Park of New York City along Fifth Avenue. Collections in this museum also include about 2 million works of art spanning.

Empire State Building is not only a popular tourist attraction but also a romantic place to visit. It is one of the most well-known sky scrapers in world. Best feature of this building is the outdoor observation deck on 86th floor which is at a height of 381 meters. Being on such a high tower is a thrilling experience in itself. It is even more thrilling to see this building at night because this tower lights at night and colors of lights are set according to different important events like Christmas and 4th of July. 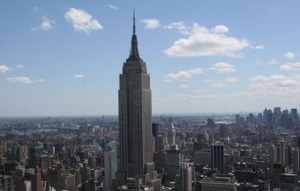 Statue of Liberty is the landmark attraction of New York City. Boat tours are arranged to access Statue of Liberty or Ellis Island. The best part during a visit to this attraction is that visitors can also climb to the top of Statue’s Crown. The view from top is quite breathtaking. You can see Manhattan downtown and New York harbor from top of this statue. You can even view Statue of Liberty without going inside it from Battery Park promenade or also from Staten Island Ferry. 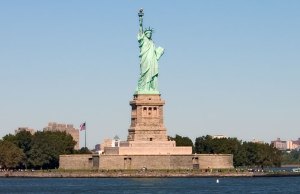 Brooklyn Bridge is 5989 meters long and connects Manhattan and Brooklyn. It is not only a tourist attraction but an architectural wonder also. It provides opportunity to see beautiful views of Governor’s Island, Statue of Liberty and Brooklyn Bridge Park. This bridge was opened in 1883 and since then, it has been attracting a large number of tourists who love walking across it.

This place is dotted with seafood markets, eateries and specialty shops. If you are shopping freak, you will find Chinatown one of the best places in New York. Chinatown is the best place to buy souvenirs as a memory of your visit. Here you will not only fine less-priced shirts but also fake Rolex watches and Gucci bags. Most of the tourists, however, visit Chinatown for food. Here you will find a large assortment of Chinese cuisine. Malaysian and Vietnamese food is also available here because some of the population here belongs to Malaysia and Vietnam. 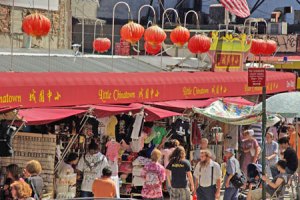 Besides visiting above mentioned places, you must also visit: